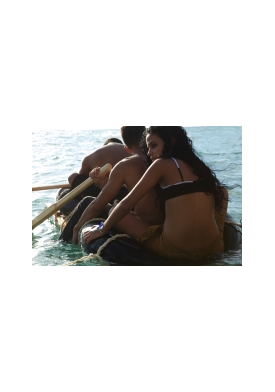 Mired in the nervous desperation of Havana, Raul dreams of escaping to Miami. When accused of assault, his only option is to flee Cuba. He begs his best friend, Elio, to abandon everything and help him reach the forbidden world 90 miles across the ocean. Elio’s commitment is tested when he is torn between protecting his twin sister and his own desire to get out.