Prick Up Your Ears

Prick Up Your Ears (UK) 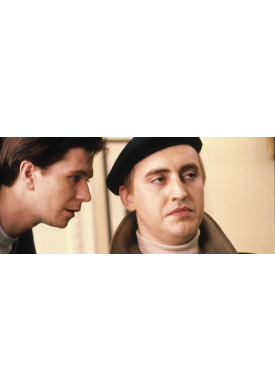 A controversial story of one of the young turks of the 1960s - from working class boy to national celebrity, from sexual innocent to grinning satyr, from penniless student to peer of The Beatles and icon of London. Orton made his success by mocking the rules of the establishment and lived his life ignoring them. But Orton's story is also the story of an unconventional 'marriage' founded in love, lived as a farce and concluded in an all-consuming jealousy.

Official Program - Prick Up Your Ears