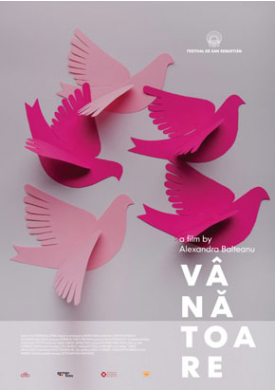 Lidia grows pigeons and lives a mundane existence with a husband and two children. Denisa wants to buy her freeloading boyfriend a new pair of sneakers. Vanesa, the youngest, dreams of finding the perfect guy with green eyes. All three share a workplace as sexworkers under a bridge on the highway near Bucharest. Their relationship is strained by competition for clients and territory. In spite of their rivalry, the three women spawn stories about their hardships and their loves, because the threats coming from outside of their circle are much stronger than the ones within.