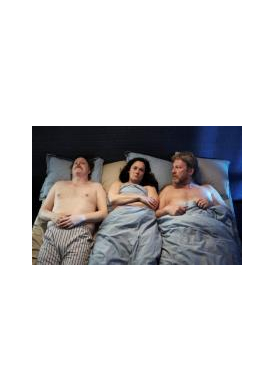 Erland is working in a paper mill in a small industrial town together with his best friend Sven-Erik. In his spare time he is, together with his wife May, running a school of marriage which is an evening discussion group at the local church. At a party Erland is overcome by a strong attraction and soon begins a love affair with Sven-Erik’s new wife Karin. Erland’s rational solution is that the four of them
should sit down and discuss the situation. They decide that Sven-Erik and Karin should move in with Erland and May. Furthermore they set up 10 rules for their new life together. This experiment really puts them to test and threaten to plunge them all into the abyss.

Awards & Festivals: “Georges Delerue” award at the Ghent 2009 International Film Festival, NDR Promotion Award in Lübeck 2009, premiered in the Competition of the Critic´s Week in Venice.