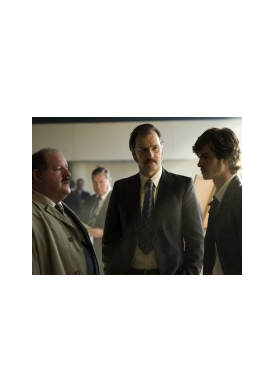 A 10 year old girl has disappeared in Morley and Assistant Chief Constable Maurice Jobson finds himself thinking back to 9 years previously, when 10 year old Clare Kemplay was found murdered and Jobson had a home life. A man who has sacrificed almost everything for his job Jobson realises that he has enough of a conscience left to put a stop to the trail of false convictions. Problem is it means exposing his own guilt as well as that of his colleagues. Also trying to get the right men punished is John Piggott, a solicitor without an office, another lost soul who finds himself an unwilling soldier in the battle between right and wrong.