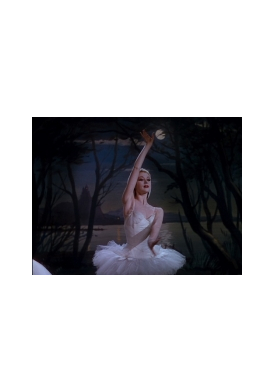 A glorious Technicolor epic that influenced generations of filmmakers, artists, and aspiring ballerinas, The Red Shoes intricately weaves backstage life with the thrill of performance. A young ballerina is torn between two forces: the composer who loves her, and the impresario determined to fashion her into a great dancer.