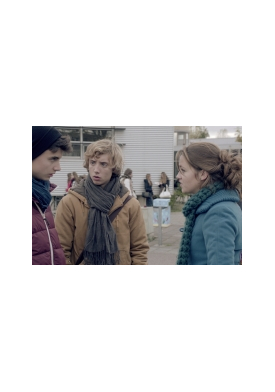 Jochem's classmates bully him all the time. His friend David doesn't join in, but he is scared to say anything. On the face of it Jochem doesn't seem to let the harrassment get to him, but one morning the headmaster tells the class that he didn't come home after a party. David feels guilty. Together with a friend, he sets out to find Jochem and tell him they are sorry. But they find Jochem’s backpack in a lake...