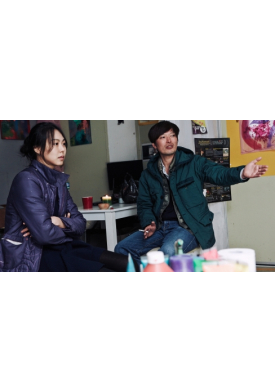 By mistake, film director Ham Chun-su arrives in Suwon a day early and has time to kill before his screening the next day. He stops by a restored, old palace and meets a painter named Yoon Hee-jung. They spend time together visiting her studio, having dinner, spending time drinking with Hee-jung’s friends and they end up growing close to each other. But when Chun-su is asked if he is married, he has no choice but to reveal that he is, deeply disappointing Hee-jung...