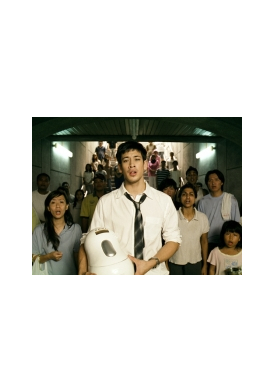 Her name is Rafflesia Pong (Rafflesia=largest flower in the world, which reeks of animal carcass; Pong=stink). She’s a bottom-ranking arts show host who’s disillusioned with “those over-rated underachievers we call artists.” He’s Eric Tan (Eric=Eric, Tan=typical Chinese surname), a product designer who’s just about to learn that it doesn’t pay to be creative. They both work for FONY, a multinational conglomerate whose mission statement, copied from a Taiwanese company, is to be original. In the face of such pressure, will Eric and Rafflesia retain their artistic integrity or will they finally sell out to fame and fortune?