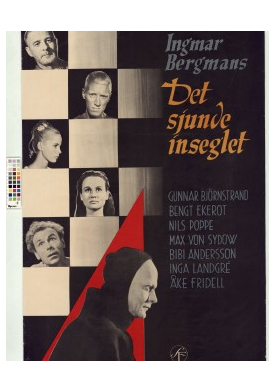 The knight Antonius Block has returned to Sweden after a crusade. Despite having fought for Christianity he doubts the existence of God. Why doesn't He give a sign? Antonius sees suffering and hardship all around him, as the plague is wasting the country and many people try to avoid it by fanatical relicious practices. It does not help: Death has no respect for the will a man. Suddenly, Antonius finds himself face-to-face with Death. He suceeds in winning a respite, as he challenges Death to a game of chess...