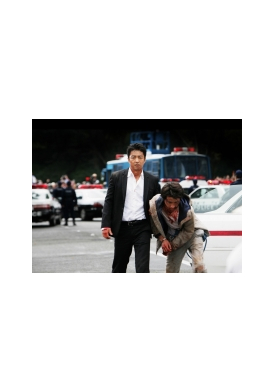 "Kill Kunihide Kiyomaru, and I will pay you 1 billion Yen". This is the ad placed in all the main newspapers in Japan. In placing the ad, the powerful multi-billionnaire Ninagawa puts an irresistible price on the head of the man he believes to be his granddaughter’s killer. Realising he has become a target for millions of people, Kiyomaru turns himself in at the Fukuoka Police Station. Four officers are dispatched to bring Kiyomaru back to Tokyo, risking their own life, but now any number of assassins lie in wait on the 1.200km journey.