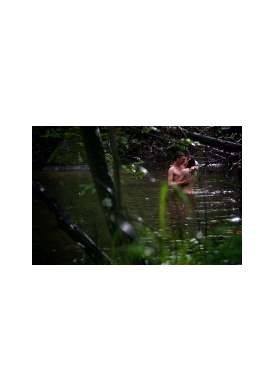 Two kids, the big city. The city is Stockholm, not seen here as a collection of tourist attractions, but on the fringes: deserted industrial areas, grubby clubs, badly maintained parks. The gay Sebastian dresses as a woman and often seeks danger in his sexual adventures with strangers. When things nearly go wrong in a public toilet, there is Andreas – a guardian angel in a scruffy leather jacket. Even though Andreas isn’t gay, the attraction between them turns out to be more powerful than any labels.