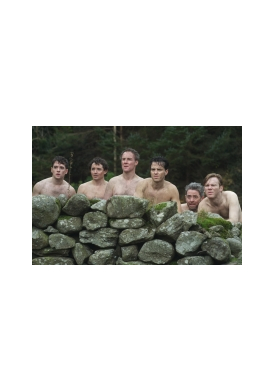 Self-confessed metrosexual Fionnan doesn’t want a stag do. His bride-to-be Ruth promptly persuades the best man to organise one. Reluctantly, he agrees but proceeds to do everything he can to stop Ruth’s wildly infamous brother, known only as ‘The Machine’, coming along. But The Machine, not so easily foxed, tracks them down, and what follows is a hilarious few days in rural Ireland where the Stags find themselves lost, shot at, stoned and butt-naked.