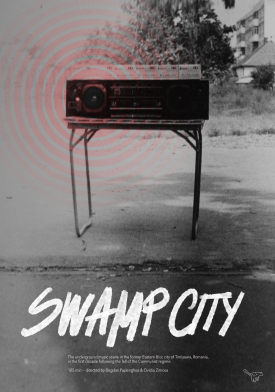 A study of the underground music scene in the 1990s, Swamp City assembles the stories of people in the community and shows how genres such as punk, hardcore, new wave and others were appropriated according to available influences, unavailable instruments and local taste. The Timişoara Underground Movement is shown from its beginnings, with makeshift meeting places, improvised rehearsal spaces and DIY instruments. Here is a community which fondly remembers that decade, which is still engrained in the collective memory as the perfect time for rebellion, experimentation and self-discovery through music.