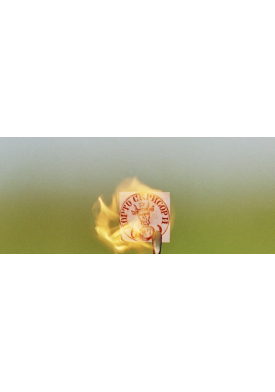 The Ukrainian steppe, toward the end of World War II. The German and Romanian troops are retreating in the face of the unstoppable Red Army. In a deserted school, a Romanian military unit has set up its headquarters. In front of maps become useless, the Romanian officers are awaiting disaster. A visit of high-ranking Wehrmacht officers is suddenly announced. Hope is awakened: will they receive new orders? Will they counter-attack? But the German officers are there to party... One of them wants to impress his hosts: he proudly takes out a stamp, the famous aurochs head from Romania, saying it's the most expensive in the world...