THANK YOU FOR BOMBING

THANK YOU FOR BOMBING (AUSTRIA) 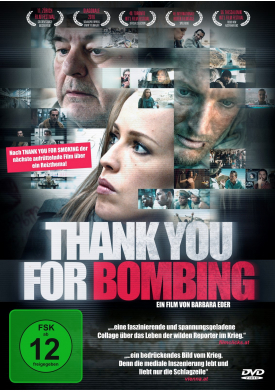 Thank you for Bombing accompanies three correspondents to their working place in conflict areas and gives an insight into their daily routine aside from cameras and satellite phones - somewhere between bombing alarm, laundry and entertainment.