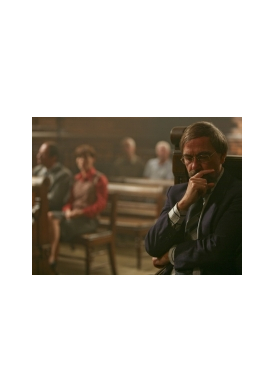 Desperate to save his marriage, Koen, a judge, reluctantly gives in to fulfilling his wife Magda's secret desire to bring her to the edge of extreme pain and pleasure. At first he's shocked, but his love for his wife is so strong that he overcomes his own inhibitions and starts to lead a secret life in the city's S&M sex scene. His best friend, who he confides in, warns him that his position could be in jeopardy. Koen, however believes that his private life has nothing to do with his professional one. But it turns out that he's wrong and Koen and Magda are caught in a police sting operation. His arrest and trial cause a national scandal.