Two in the wave 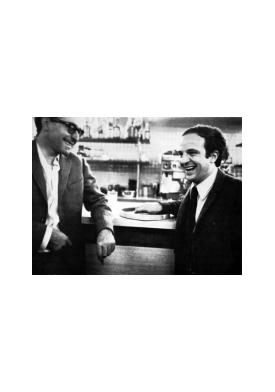 The French New Wave crashed onto international shores when François Truffaut’s debut feature, The 400 Blows, premiered at Cannes in 1959, followed quickly by Jean-Luc Godard’s equally thrilling Breathless. The two filmmaking rebels, great friends and fellow graduates of the Cahiers du Cinema hailed from different sides of the tracks: Truffaut, a poor reform school boy, and Godard, a Swiss hautebourgeois. Both cast Jean-Pierre Léaud in many of their movies and led the movement to save Henri Langlois’s job at the Cinemathèque Française in ’68. Two In The Wave melds revealing period footage of both men with scenes from some of their greatest films, as it moves inexorably toward their bitter falling-out.

Official Program - Two in the wave