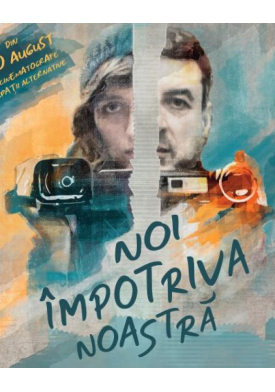 The director and her father take a camera and film each other during interviews in which they discuss schizophrenia, the past and their personal view on happiness. The film is a personal statement of two people affected by or marked by a mental disorder - a father forced to live with it and a daughter who had to grow up with a sick and often absent father. During the shoot, the two try to find understanding for each other while revealing their inner traumas.

Official Program - Us Against Us