THE VALLEY OF PEACE 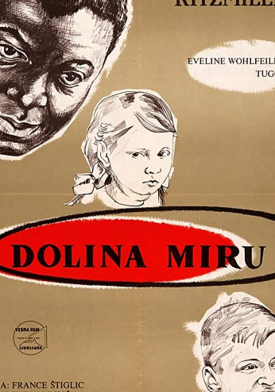 Slovenia, WWII. Two young orphans, a German girl and a Slovenian boy, escape from a town which has just been bombed in a US air-raid. They have heard someone talk about a lost valley where there is always peace and they set out to find it. Right above them, an African-American pilot parachutes from his fighter plane shot down by the German army. Sergeant Jim finds the children, but he can’t bring himself to leave them to their fate - even if they slow down his escape. Both Germans and partisans know that the pilot has survived. Which one of them will find him first?