We Are Mari Pepa 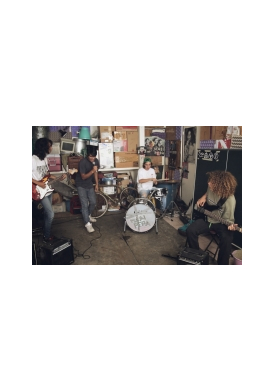 Their first punk song is obscene and powerful, but the second is not as inspired. The four lads from Mari Pepa are only half way on the road to fame when reality catches up with them: a dull holiday job, their first girlfriend, problems with parents, a stolen guitar - everything suddenly seems to conspire against them. When members of the band start dropping out, leader Alex has to contemplate his future as a punk rock superstar.