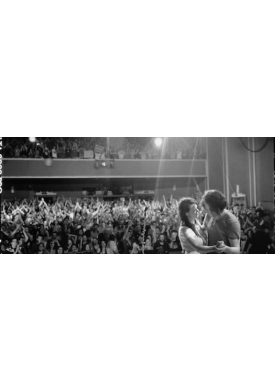 In the summer of 2007, The White Stripes embarked on an ambitious journey – playing a show in every province and territory in Canada, performing in local bowling alleys, city buses and culminating in the 10th anniversary show in the legendary Savoy Theatre. This visual and emotional feature length film directed by Emmett Malloy, captures intimate moments of Jack and Meg as they travel through some of the most remote parts of the northern Yukon Territory. Beyond the live footage, some of the film’s most memorable moments happen off-stage -offering an insightful look into the very private and complex world that is The White Stripes.