The World According to Ion B. 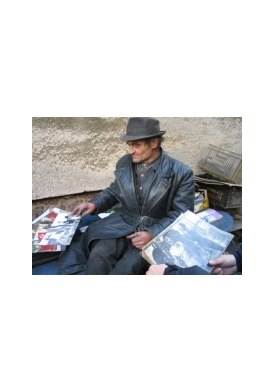 The film starts in 2008. Ion B is a 62 year-old homeless man living in Bucharest. As a young man, he had dreamed of becoming a film director. In the 70’s he started creating collages that he refers to as “my films”. In 2008, a young gallery owner heard by chance about Ion and his work. The homeless man showed him a collection of old suitcases filled with almost 1000 collages he had made between the 70’s and the 90’s. Only one year later, in 2009, Ion lives in his own home and has become one of the most important contemporary Romanian artists. This is the story of a genuine artist living on the edge of society, creating art in its purest form. For himself.

Official Program - The World According to Ion B.