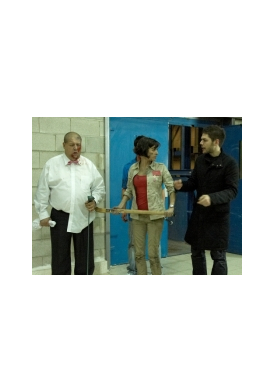 A virus has been set loose in a Spanish shopping mall and it’s turning everyone into flesh eating zombies. Our hero is trying to get out alive and at the same time impressing the girl he likes and finding a cure.