16.11.2012 14:05
The Film Society of Lincoln Center and the Romanian Film Initiative are pleased to announce the continuation and reinvention of the yearly festival dedicated to Romanian cinema in New York City. 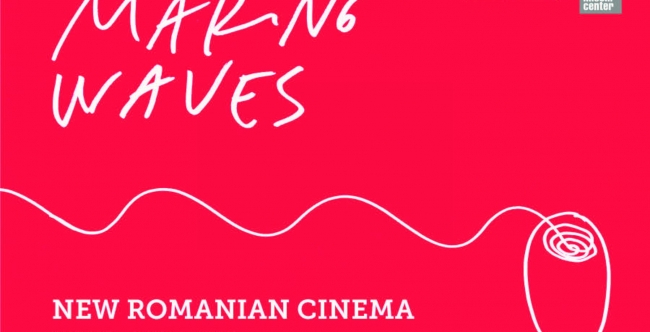 The Film Society of Lincoln Center and the Romanian Film Initiative are pleased to announce the continuation and reinvention of the yearly festival dedicated to Romanian cinema in New York City. MAKING WAVES: New Romanian Cinema continues the celebrated Romanian film series in New York and will take place at the Film Society of Lincoln Center from November 29 to December 5, 2012. The festival will offer a panorama of the best in Romania’s newest contemporary filmmaking, including features, documentaries and shorts, along with retrospectives of Romanian filmmakers, special programs, panels, and a series of conversations on the political and policy shifts currently affecting arts and culture in Central and Eastern Europe.

This year, despite the festival’s growing success and recognition, its very survival has been jeopardized by the recent political changes in Romania, which have impacted the primary mission, status and budget of the Romanian Cultural Institute. In response to this unexpected adversity, the team that founded the festival seven years ago under the auspices of the Romanian Cultural Institute, Corina Suteu and Oana Radu, have resigned their posts as Director and Deputy Director, respectively, of the Institute, to establish the Romanian Film Initiative (RFI) together with Mihai Chirilov, the long-time artistic director of the festival. The RFI, in cooperation with the Film Society of Lincoln Center, strives to keep the playful, experimental spirit of the yearly event alive, and to continue to help Romanian films make waves in New York City and beyond. The RFI currently enjoys the support of leading Romanian artists, including film directors Cristian Mungiu, Radu Muntean, Lucian Pintilie, Corneliu Porumboiu, Cristi Puiu, Andrei Ujica and visual artist Dan Perjovschi, and the continued partnership of Transilvania International Film Festival.

“The Film Society of Lincoln Center is proud to continue its support of the exciting new generation of films and filmmakers from Romania by supporting the MAKING WAVES festival, especially in light of the recent governmental changes in Romania that have greatly endangered the future of state support for art and culture,” says Scott Foundas, Associate Program Director for the Film Society of Lincoln Center.

MAKING WAVES offers an overview of the best new Romanian filmmaking each year and introduces American audiences to landmark films rarely seen in the U.S. The festival has run in New York since 2006 when it was launched by the Romanian Cultural Institute in New York, in collaboration with other partners. Notably, in 2011, the festival moved to the Film Society of Lincoln Center.

“Romanian Cinema deserves to be exposed on a sustainable basis to American audiences and in the most professional way possible. It is with great passion and commitment that the Romanian Film Initiative strives to reach beyond a crisis situation by creating a new platform and allowing the immensely gifted film community in Romania to remain in the world spotlight,” says Corina Şuteu, initiator and president of the festival and co-founder of the Romanian Film Initiative.

MAKING WAVES will present a week-long overview of the best and most recent films from Romania’s contemporary cinema, including the Opening Night selection OF SNAILS AND MEN by Tudor Giurgiu and Cristian Mungiu’s Cannes-awarded BEYOND THE HILLS as the Closing Night film. The lineup also includes the New York Premieres of Radu Jude’s EVERYBODY IN OUR FAMILY, Adrian Sitaru’s BEST INTENTIONS, and the North American Premiere of Radu Gabrea’s THREE DAYS TILL CHRISTMAS.

The festival will also host a long-due U.S. presentation of director Alexandru Tatos, one of the leading Romanian filmmakers of the 70’s and ’80s, whose film SEQUENCES gathered a small but dedicated following due to the film’s inclusion in the MoMA collection. New York audiences will have a chance to see three of his best films: RED APPLES (1976), ANASTASIA GENTLY PASSES (1979) and SEQUENCES (1982), on new prints produced with the support of the Romanian National Film Center. The star of ANASTASIA GENTLY PASSES, Anda Onesa, and Director of Photography, Florin Mihăilescu, long collaborator of Alexandru Tatos, will attend to introduce select screenings and to participate in post-screening Q&As.

Other special events include a celebration of the 40th anniversary of a landmark Romanian film, the Dan Piţa & Mircea Veroiu co-directed STONE WEDDING, another of the few Romanian films included in the MoMA collection. “Creative freedom through cinema: Romania and Hungary” marks another special program, to include a series of screenings and panels with Romanian and Hungarian artists, which aims to offer a better understanding of the sociopolitical context of these two countries, and to address the relationship between arts and politics. Details to follow.

Additional guests attending the festival will include Cannes-winners actresses Cristina Flutur and Cosmina Stratan [BEYOND THE HILLS], director Tudor Giurgiu [OF SNAILS AND MEN; also producer of SOMEWHERE IN PALILULA, and the president of long time partner, Transilvania International Film Festival], actor Andi Vasluianu [OF SNAILS AND MEN], director Radu Gabrea [THREE DAYS TILL CHRISTMAS], producer Ada Solomon [EVERYBODY IN OUR FAMILY and BEST INTENTIONS], with more guests to be announced soon.

“The stakes are high given the critical success of the previous edition hosted by the Film Society of Lincoln Center and I'm confident that this year's selection of award-winning features, complete with a large variety of shorts, documentaries, anniversary and tribute screenings will meet the expectations of the New York audience, proving once again that the Romanian Cinema deserves its hot spot on the movie map,” notes Mihai Chirilov, the festival’s Artistic Director and co-founder of the Romanian Film Initiative.

MAKING WAVES: New Romanian Cinema is supported by the Trust for Mutual Understanding, as well as the Blue Heron Foundation and other generous donors and sponsors, including visual artist Adrian Ghenie, and producer-director Bobby Paunescu.

To complement funding for the festival, the Romanian Film Initiative has also launched a Kickstarter campaign to garner the grass roots support directly from the festival’s dedicated audience, and the many fans of Romanian cinema worldwide: