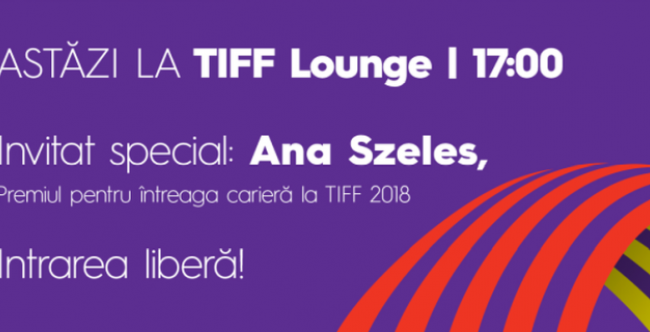 One of the most charming actresses in the Romanian cinema industry, Anna Széles will receive the Lifetime Achievement Award at the 17th edition of TIFF.

Actor Ana Széles, whose career in cinema spans over half of a century, was born in 1942 in Oradea, and went on to attend the Târgu Mureș Theater Institute. From her graduation in 1965 until she emigrated in Hungary in 1989, Széles worked with the Cluj-Napoca Hungarian Theater. She made her film debut during her freshman year in 1962 with Vacanță la mare / Seaside Vacation. In her junior year as a student at the Theater Institute, she had the extraordinary opportunity to be cast as Ilona in Liviu Ciulei’s adaptation of Liviu Rebreanu’s eponymous novel Pădurea spânzuraților / Forest of the Hanged (1965)—which still stands as one of the best Romanian films of all times and a career highlight for Széles. “She is not just a promise and an attractive vision, but also, already, an actress of great talent,” said at the time Liviu Ciulei, who went to receive the Best Director at Cannes for this film. .