To Be or Not to Be Politically Correct? Controversial Films at TIFF 2018

24.04.2018 18:31
The thematic section of the 17th edition of the Transilvania International Film Festival (May 25-June 3) is titled To Be or Not to Be Politically Correct? and features 10 recent productions competing for the FIPRESCI Prize. 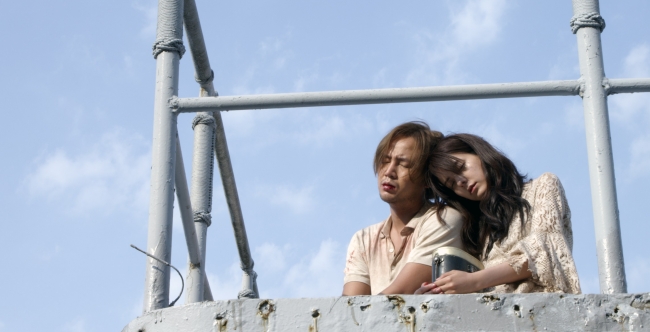 The thematic section of the 17th edition of the Transilvania International Film Festival (May 25-June 3) is titled To Be or Not to Be Politically Correct? and features 10 recent productions competing for the FIPRESCI Prize.

“Some will find the films controversial and offensive,” said TIFF Artistic Director Mihai Chirilov, “while others will be relieved to see that courageous films are still made in a time when  political correctness has been taken to the extreme. This section is all the more necessary as in this context freedom of expression is under threat from political and cosmetic considerations that have nothing to do with artistic value.”

One of the most acid titles in the section, Human, Space, Time And Human is as sensational as it is direct and sadistic. Launched at the Berlinale, this film by multi-award winning South Korean director Kim Ki-Duk, whose recent involvement in a sex scandal split the film industry into two camps, is a current political metaphor and a nearly hopeless Biblical allegory about mankind’s history.

Setting explicit brutality and sexual humiliation against the idyllic Bodrum landscapes, the shocking Danish production Holiday, recently launched at Sundance, is dubbed “an exceptional debut” by The Hollywood Reporter. Sure to spark lively discussion after the screening, this ambiguous study in compromise and violence against women is all the more disconcerting as it is directed by a woman, Isabella Eklof from Sweden. In a different light, Christian Tafdrup’s A Horrible Woman takes risks from the start, beginning with the very title, which imagines a protagonist who is a master of manipulation and borderline situations which can turn any love story into a nightmare.

Directed by the Mexican duo Julio Bekhór and Fernando Sma, Tripping Thru Keta is a delicious and cheeky comic “trip” that has to be taken as such, lest we allow political correctness to be “the death of comedy,” as Mel Brooks said. A hyperactive stylist named Keta gets involved in a drug deal, interacting with a kaleidoscopic gallery of unusual characters—and changing the power rapports between them. Kika, the protagonist of Paulinho Caruso and Teodoro Poppovic ’s Neurotic Quest For Serenity, is also hyperactive. This is a delirious Brazilian comedy about the indignities women have to suffer on their way up the success ladder. Also from Brazil, Carolina Jabor’s Liquid Truth, a captivating exploration of the presumption of innocence in a time when mere accusations are instant sentences, follows the story of a swimming instructor suspected of abuse against a minor and allows audiences to act as judges.

Dramatic situations, psychic disturbances, and buried secrets surface in the course of a war two neighboring families declare around a tree. Following Either Way and Paris of the North, Icelandic director Hafsteinn Gunnar Sigurdsson returns to TIFF with his Venice festival film Under the Tree, a ferocious black comedy about the battle for territory in a bourgeois Icelandic suburb.

“I do not want to live in a transparent society. I hate political correctness,” declared Austrian director Ruth Mader. If you see her film, you will understand why: Life Guidance, which premiered in Venice, projects a dystopia that is eerily similar to our current reality, a near future of perfectly implemented capitalism in a society obsessed with optimization and productivity.

Eduardo Casanova’s imagination in his debut Pieles, coming from the Berlinale, is boundless. A boldly colored cocktail of bizarre situations allows a series of eccentric characters with rare malformations to come together in their utterly ordinary desire to find someone to accept them as they are. At the opposite end of the spectrum, the charm of a strange woman, an object of desire for three different men, comes to change the destiny of a loner in Dominik Galizia’s black and white Figaros Wölfe, which is shot entirely on the rooftop of a Berlin building.

Just as controversial as the films in the theme section To Be or Not to Be Politically Correct?, the selections in TIFF’s traditional No Limits sidebar include the already announced shock story Caniba by Lucien Castaing-Taylor and Verena Paravel and the poetic and visceral debut of writer and director Marysia Nikitiuk, When the Trees Fall—a dramatic story about the woman’s position, inspired by the brutal poverty and violence of rural Ukraine. In the Brazilian production Tinta bruta by Filipe Matzembacher and Marcio Reolon, which received the Teddy Award at the Berlinale, the burden to be different leads a retractile young man to escape real life by inventing a chat room alter ego. Launched in the Panorama section of the Berlinale this year, Invasion is a single shot, unedited dark allegory placed in a labyrinthine space turned mysterious crime paradise by an ongoing eclipse. Iranian director Shahram Mokri and actor Abed Abest return to TIFF after having been in competition with Fish and Cat and Simulation. Another dark thriller is Nicolas Pesce’s stylish Piercing, an astonishing adaptation of Ryu Murukami’s novel about a father who tries to reign in his infanticide impulses by trying to kill a prostitute (Mia Wasikowska) who turns against him.

The last two comedies in the No Limits lineup are All You Can Eat Buddha by Ian Lagarde and Heavy Trip by Jukka Vidgren and Juuso Laatio. The former centers on a mysterious Canadian tourist who shocks an all-inclusive resort with the miracles he performs; the latter follows the unorthodox adventures of a small-town metal band from Finland who want to play a Norwegian festival—at all costs.