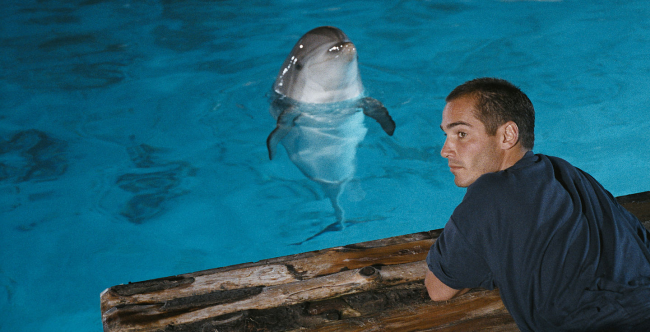 The screening will take place on June 3rd, 2018, at 9:45 PM,  in the presence of lead actor Jean-Marc Barr, and will be presented as a double feature with Lefteris Charistos’s spectacular Dolphin Man (2017), which tells the story of legendary diver  Jacques Mayol, Besson’s inspiration for the film.

Based on a true story, The Big Blue follows Jacques Mayol (Jean-Marc Barr) and Enzo Maiorca (Jean Reno), two divers whose friendship, traced back to their Greek childhoods, turns into a legendary sports rivalry.  Their love for the oceans’ depth and drive to new mark new records, even at the price of their own life, are rendered in breath-taking images accompanied by a memorable score by Eric Serra. Shown out of competition at Cannes in 1988, the film received eight César nominations and became one of the biggest box office successes in France, with over 9 million entires sold. Jacques Mayol, who himself contributed to the script, was described upon his death by President Jacques Chirac as “an immortal symbol of the Big Blue generation.”

Born in West Germany to a French mother and an American father, Jean-Marc Barr was nominated for an acting César for his role in The Big Blue. He is also one of Lars Von Trier’s favorite actors, having worked with him on Europa, Breaking the Waves, Dancer in the Dark, Dogville, and Nymphomaniac. In 1999 he made his directorial debut with Lovers, which he also wrote and produced. Jean-Marc Barr is one of TIFF’s special guests this year, and he will be present for both the screenings of The Big Blue and of the documentary that inspired it.

In fact, Jean-Marc Barr narrates Dolphin Man, a documentary on Jacques Mayol, the revolutionary diver who reconnected the depths of the oceans with the depths of human consciousness. Rare archival images from the 1950s combine with spectacular underwater footage and testimonies from those who knew Mayol. Lefteris Charistos’s documentary was launched last fall at the Thessaloniki Film Festival, and is nominated for the Greek film academy awards which will be handed out next month. 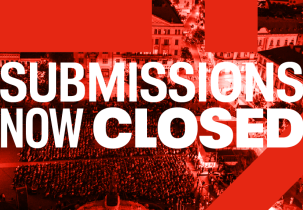