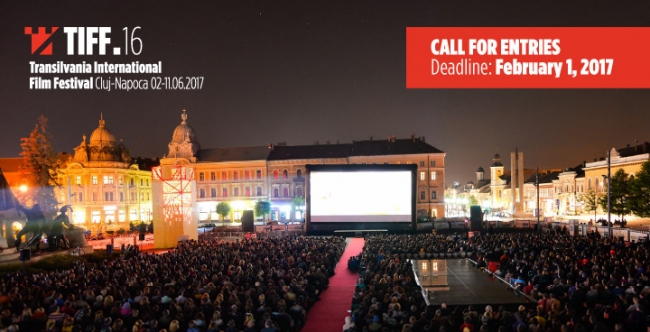 The registration system works through the platform Eventival.eu. The guidelines and the entry online form can be found here: https://vp.eventival.eu/tiff/2017

Please note that when submitting a film, you have the following options:

We are accepting entries for the following sections:

Official competition
Competitive section focused on films that are illustrative of the new wave in international cinema. The competition is open to first and second feature films only and must be national premieres.

What's Up, Doc?
Non-competitive section presenting documentaries produced in the past two years, with a minimum duration of 60 minutes.

Important: Please note that, for each section, we highly favor the national premieres in the selection process.

The official selection will be announced before April 30, 2017.