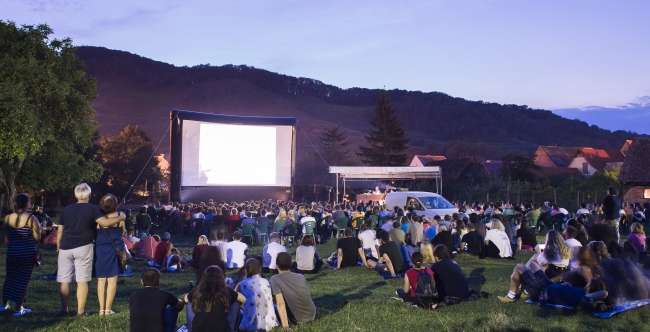 The 6th edition of Full Moon Horror & Fantasy Film Festival (August 10 - 13, 2017), presented by the same team behind Transilvania International Film Festival, awarded its Best Film trophy to the Spanish feature Compulsión, directed by González Ángel, a most uncomfortable story about how even the closest people can hold horrifying secrets. The award for short film went to Holy F__k, directed by Chris Chalklen, a story about the surprising relationship between a priest and the demon he tries to exorcize.

Full Moon is the first festival focused exclusively on horror and fantasy films in Romania and takes place in the heart of Transylvania, in Biertan (Sibiu County), an old Saxon village with a gorgeous fortified church guarding over it. The place is part of the UNESCO world heritage sites and it hold a time-stood-still atmosphere that fully embraces the genre of the festival.

This edition enjoyed record numbers both in terms of films submitted to the festival and participants. Film critic Cătălin Mesaru made the selection from a record number of entries – more than 1500 films were submitted for this edition. Out of this number, 10 features films and 19 short films were selected for the two competitions of the festival. The voting system is unique: viewers mark their favourite title by stabbing stakes in their corresponding slate.

Apart from screenings, the audience enjoyed the numerous activities happening all day long: escape rooms, a ghost hunt, fantasy workshops, horror stories by the campfire, or bicycle tours of the region. The visitors camped their tents in the camping of the festival, or rented rooms in the village.

The Full Moon Horror & Fantasy Film Festival intends to bring to its audience the best offerings in terms of horror and fantasy, both classic and modern, from almost home-made movies that promise cult followings, to big budget productions, from old classics to new found jewels, thus hopefully attracting new followers to the genre, but also a new generation of filmmakers.