13.09.2018 00:00
The first edition of TIFF Oradea brought out over 5,000 local audience members over the three days of the festival, as well as special guests and events that went late into the night 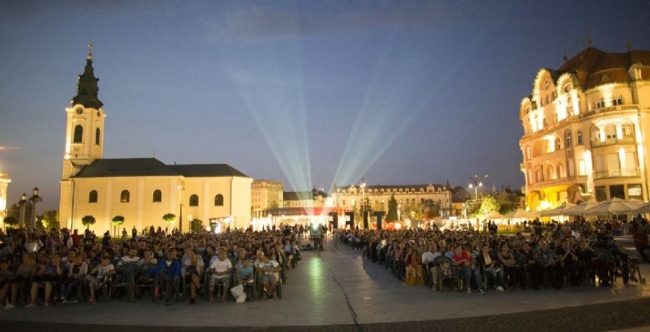 The opening film, Tom Barton-Humphreys’s spectacular documentary Untamed Romania, was also the most popular, gathering over 1,400 locals in the Unirii Square.

This year’s selection included 30 titles, for which over 2,500  tickets were sold, mostly in advance. Romanian premieres drew the largest audiences: Radu Jude’s I Do Not Care If We Go Down in History as Barbarians, this year’s Karlovy Vary Crystal Globe winner and Romania’s proposal for the foreign-language film Oscar, and Adina Pintilie’s Touch Me Not, the Golden Bear winner at this year’s Berlinale. Paul Negoescu’s The Story of a Summer Lover was also among the top box office hits of this first edition, while Soul Exodus, partially filmed in Oradea and screened in the presence of director Csaba Bereczki, delighted audiences in the Sion Synagogue, the location of the most authentic meetings and events of this first TIFF edition in Oradea.

Following the success of the first edition and the great interest shown by local audiences, TIFF Oradea will return with a second edition between September 6-8, 2019.