István Szabó and Márta Mészáros to be honored at TIFF 2018 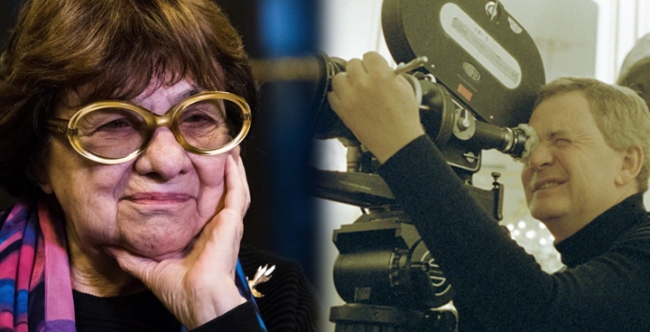 The two guests of honor will be joined at TIFF 2018 by an impressive delegation of directors coming to present their most recent works during TIFF’s traditional Hungarian Day.

Celebrated in the 3x3 sidebar, filmmaker István Szabó turned 80 in February of this year. He is the first Hungarian recipient of an Oscar for Best Foreign language film for his 1981 Mefisto. In the course of a nearly 60-year career, Szabó made tens of important titles, many of which were awarded in prominent international festivals. Preoccupied with the fate of the individual at the crossroads of history, Szabó made his feature debut in 1965 with Age of Illusions  / Álmodozások kora and gained notoriety with his second film,  Moscow and Locarno award-winning Father/ Apa, in which a child lives with the illusion that his father died in the war as a hero. The story of a couple forced to live under false identities in Trust / Bizalom (1980), brought him a directing award in Berlin and an Oscar nomination. He received his Oscar one day later for his masterpiece Mefisto. His brilliant take on the Faustian myth, involving a theater actor and director who makes a deal with the Nazi regime, was the first in a trilogy of German co-productions and collaboration with his favorite actor, Klaus Maria Brandauer; it was followed by Colonel Redl (1985) and Hanussen (1988), both of which were also nominated for the Oscars. Shot in English, Meeting Venus, Sunshine, Taking Sides, Being Julia, and his last film, The Door, round up the eclectic career of this highly international Hungarian filmmaker. At TIFF, Szabó will present three highlights from his filmography:Father, Mefisto and Colonel Redl.

The Hungarian Day will also bring the Romanian premiere of Márta Mészáros’s Aurora Borealis (2017) — a comeback after an eight-year hiatus for this pioneering  Hungarian female filmmaker. The film deals with themes which preoccupied Mészáros along her career: the position of women, past and origins stories, the effects of Stalinism on individuals psyches. Berlinale winner Adoption / Örökbefogadás (1975), and Cannes Grand Jury Prize winner Diary for My Children / Napló gyermekeimnek (1984) are among Mészáros’s best-known titles.

A former member of TIFF’s international jury, writer-director János Szász returns to Cluj with his last film, The Butcher, the Whore and the One-eyed Man / A hentes, a kurva és a félszemü (2017), the wild story of a love triangle. Another Romanian premier is Éva Gárdos’s Budapest Noir (2017), an adaptation of  Vilmos Kondor’s eponymous novel and a fascinating incursion into a dark world of crime and abuse during the first half of the 20th century. Freshly launched in Berlin,Genesis /Genezis(2018), Árpád Bogdán’s sophomore effort follows the story of three characters whose lives take a strange turn after an extremist group attack a Roma village in Hungary. Also shown on the heels of its Berlinale debut, 1945, TIFF regular Ferenc Török’s new film centers on two mysterious strangers whose arrival in a small Hungarian village reignites a long-simmering conflict.The only debut of the Hungarian Day at TIFF this year is Péter Politzer’s Manhood / Férfikor (2017), which samples key moments in the life of three Budapest men of different generations.

The Hungarian National Film Fund and the Balassi Institute in Bucharest, together with the Filmtett Association are TIFF’s partners in organizing the Hungarian Day.