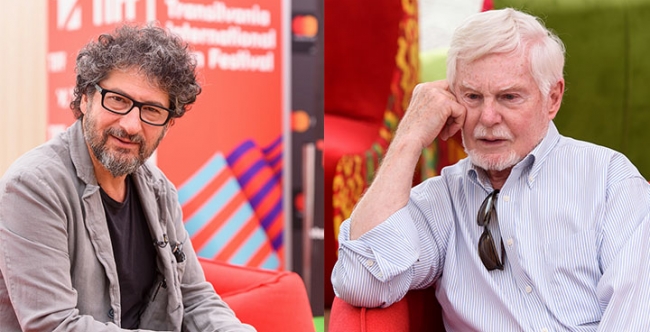 The Romanian director and scriptwriter Radu Mihaileanu and the British actor Derek Jacobi are meeting the audience on Tuesday, June 6th, at 5 pm, a day after the Romanian premiere of The History of Love.

Sir Derek Jacobi is one of the most resounding names in British theater and film. An actor and a director himself, Jacobi played over 90 roles in cinema and television productions, including The Day of the Jackal (1973), Little Dorrit (1983), Dead Again (1991), Gladiator (2000), Gosford Park (2001), The Riddle (2007), and The King's Speech (2010). He was twice awarded the prestigious Laurence Olivier distinction for his stage roles in Cyrano de Bergerac (1983) and Twelfth Night (2009), and a Tony award for Much Ado About Nothing (1984).  He is a founding member of the National Theater Company in London.