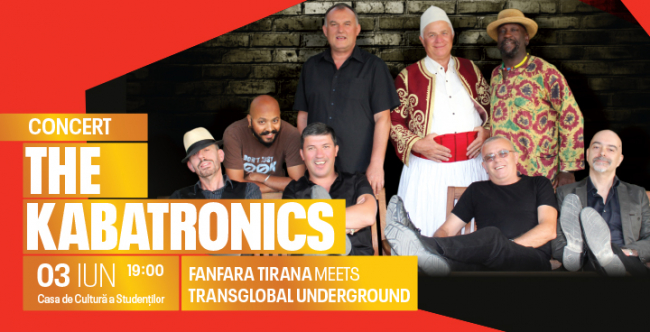 Two exceptional bands, the British eclectic TransGlobal Underground and the brass masters of the Tirana Fanfare, came together in 2013 to create a unique trans-cultural project. The resulting new musical universe will be presented as part of the TIFF 2019 Focus Albania.

Southern Albanian kaba rhythms combine with reggae influences, drums mix with electronic music and sitar sounds, in a hypnotic result beyond all genre, geographic, or ideological barriers. Rolling Stone described the first Kabatronics album as “a magic carpet ride between London and Tirana.” In the five years since starting the project, the two bands played together in major festivals and events from Shanghai to Budapest, from India to Europe and beyond, being nominated for and awarded important prizes for the music industry.