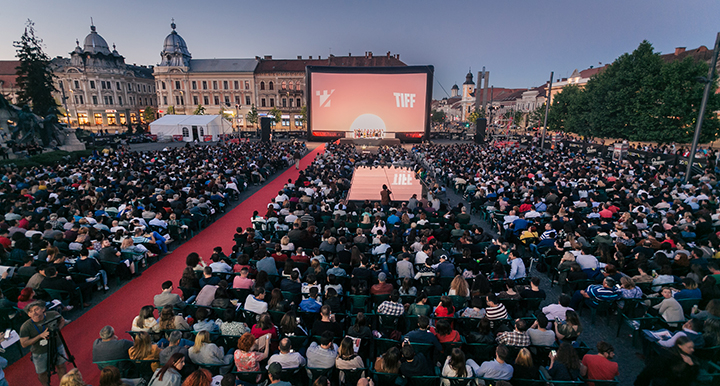 The Unirii Square in Cluj was filled to the brim on Friday, June 2nd, for the opening night of the Transilvania International Film Festival. About 3,200 turned up to see King of the Belgians on one of the largest screens not only in the history of the festival and but also in Central and Eastern Europe: 23 meters by 14 meters. The advance ticket sales, doubled compared to last year, provided advance notice of this record number of attendees.

Festival President Tudor Giurgiu thanked Stefan Kitanov, the director of the Sofia International Film Festival, for his presence in Cluj this year— but also for his seminal encouragement many years before for organizing a festival of this magnitude in Romania. Bulgaria was also represented by the singers of the Black Sea Sirens, the fictitious choir in the opening film, who enlivened the opening night with their colorful voices and costumes.

The festival President also announced another record expected for the 2017 edition: about 1,300 guests are coming to the festival this year. They include French screen star Alain Delon, who will present the 1981 Pour la peau d'un flic / For a Cop’s Hide, a screening which has already sold over 1,700 tickets. Other recommendations included the premiere of Radu Mihăileanu’s Povestea iubirii / The History of Love, also featuring actor Derek Jacobi, as well as the InfiniTIFF space dedicated to virtual and interactive forms of storytelling.

In a speech about diversity, TIFF Artistic Director Mihai Chirilov said: “There is something for everyone” — then went on to list new sections, programs for children, adults, seniors, and the blind. He particularly recommended the 10-year anniversary screening of late Cristian Nemescu’s Cannes-winning California Dreamin’ (Nesfârșit) / California Dreamin’ (Unfinished), which will take place on June 7 at 9:45 in the Unirii Square, in the presence of lead actor Armand Assante.

Hundreds of events, hosted in over 20 spaces, will alight Cluj in the next 10 days. This year too, Instagram photos tagged #TIFFMoments will be shown on the interactive screens in the Unirii Square and other locations, and will be shown live on moments.tiff.ro, which will function as a virtual album for the edition. Audience members, Cluj denizens, and festival guests are invited to contribute their vision of events, the city, screenings, or special moments.

Tickets can be purchased through www.biletmaster.ro and the TIFF 2017 application, available in the App and Google Stores. 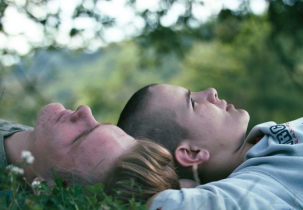 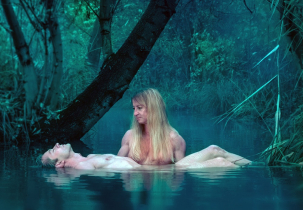