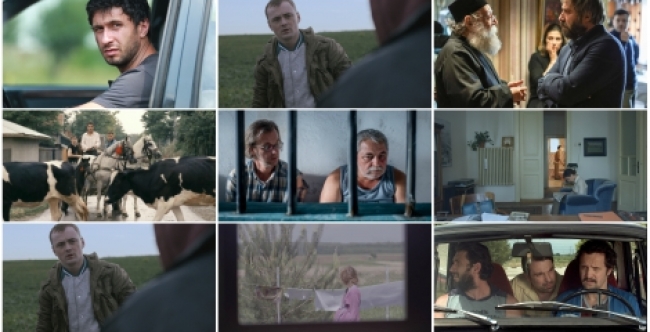 11 features and 16 shorts will be screened in competition, while other 2 films will be shown out of competition. Six feature films will have their world premiere at TIFF, and another two will be seen for the first time ever in Romania immediately after their premiere in Cannes. A large number of foreign and Romanian industry professionals, distributors, curators, and film critics interested in Romanian cinema will attend the screenings and events of Transilvania IFF’s Romanian Days section.

World premiere Două lozuri (Two Lottery Tickets), directed by Paul Negoescu (A Month in Thailand) is an independently produced comedy by actors Dorian Boguţă, Dragoș Bucur, and Alexandru Papadopol; the screenplay is inspired by the eponymous novella written by classic Romanian satirist Caragiale. Discordia (Discord), directed by Cluj's Ion Indolean, presents three days in the life of two young people who live under the same roof and who follow a ritual-based routine. Another world premiere is Ultima zi (The Last Day), the second feature film by Gabriel Achim (Adalbert's Dream), a black comedy about faith, defiance, as well as fidelity versus infidelity. It stars Doru Ana and Mimi Brănescu.

The documentary În căutarea tatălui pierdut (In Search of a Lost Father), directed by Ionuț Teianu, follows John Moore's fight to be recognized as the son of Constantin Brâncuși, a fight that puts the legacy of the great artist into a new perspective. Another premiere is Afacerea Est (Eastern Business), the second feature film by Igor Cobileanski (Flying Lessons), a black comedy featuring a series of humorous and absurd situations about two men who, faced with poverty and lack of prospects, become business partners and embark on a journey through Eastern Europe. And director Sorin Luca will present a unique documentary about the father of Romanian electronic music, Rodion-Ladislau Rosca, titled Imagini din Vis (Dreamscapes).

Shortly after its world premiere in the Un Certain Regard section at Cannes, feature film debut of director Bogdan Mirică Câini (Dogs) will be presented before TIFF audiences. The thriller starring Dragoș Bucur, Vlad Ivanov, and George Visu follows Roman, a young man from the big city who arrives in a remote village in Dobrogea, where he comes to witness to bizarre events.

Another Cannes premiere arriving straight from the official competition for the Palme d'Or is Cristi Puiu's Sieranevada, presented in TIFF out of competition in a special event screening featuring the filmmaking team. An ensemble cast highlighting Mimi Brănescu, Dana Dogaru, and Ana Ciontea, among the characters gathered for a traditional memorial feast delivers delicious dialogues which build on each other and escalate in a family conflagration.

Cluj audiences will also have the opportunity to see the most recent feature film directed by Marian Crișan, Orizont (Horizon), a purely Romanian thriller shot by DoP Oleg Mutu, as well as Adrian Sitaru’s Ilegitim (Illegitimate), recipient of the CICAE award at Berlinale 2016.

The animated docu-drama The Magic Mountain by Anca Damian (Crulic – The Path to Beyond) presents Adam Jacek Winker's half-century-long journey. The film received a special mention in Karlovy Vary 2015.

Another Romanian Days competition title is Cinema, mon amour by Alexandru Belc, who tells the behind-the-scenes story of abandoned Romanian cinemas through the eyes of its protagonist, Victor Purice.

Three of the directors selected in Romanian Days are from Cluj: Ion Indolean, Norbert Fodor and Abel Visky, while Ana-Maria Comănescu is one of the former participants of TIFF’s Let’s Go Digital! workshop (the 2010 edition). Abel Visky previously won 3 prizes in the Local Competition at Transilvania IFF.

The Romanian Days feature jury is composed of Richard Peña, Columbia University professor and former Program Director of the Film Society of Lincoln Center; Urszula Śniegowska, Artistic Director of Wrocław American Film Festival (Poland) and a former member of the CICAE and Europa Cinemas juries in Venice, Berlinale, Cannes and Sarajevo (2005-2013); and Guillermo Goldschmidt, Manager of the Film and Design department at Fundación Proa of Buenos Aires.