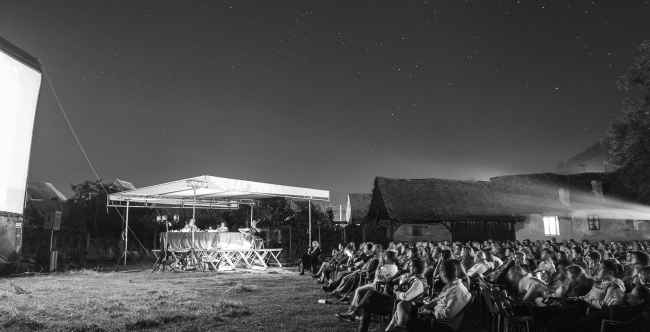 Audiences had the chance to discover the first independent film in history, the pilot-episode of the horror genre, The Student of Prague (also known as A Bargain with Satan), directed by Paul Wegener and Stellan Rye in 1913. The screening was part of ciné-concert featuring original music composed by CelloFun with passages from Alfred de Musset read live by Irina Margareta Nistor.

One again, the festival was an opportunity to discover Saxon villages in the region by special bike tours, while ghost hunts (the Return of the Possessed Projectionist), campfire stories, fantastic workshops, and a fair presenting traditional and hand-made products completed the program of this year’s Full Moon fest.