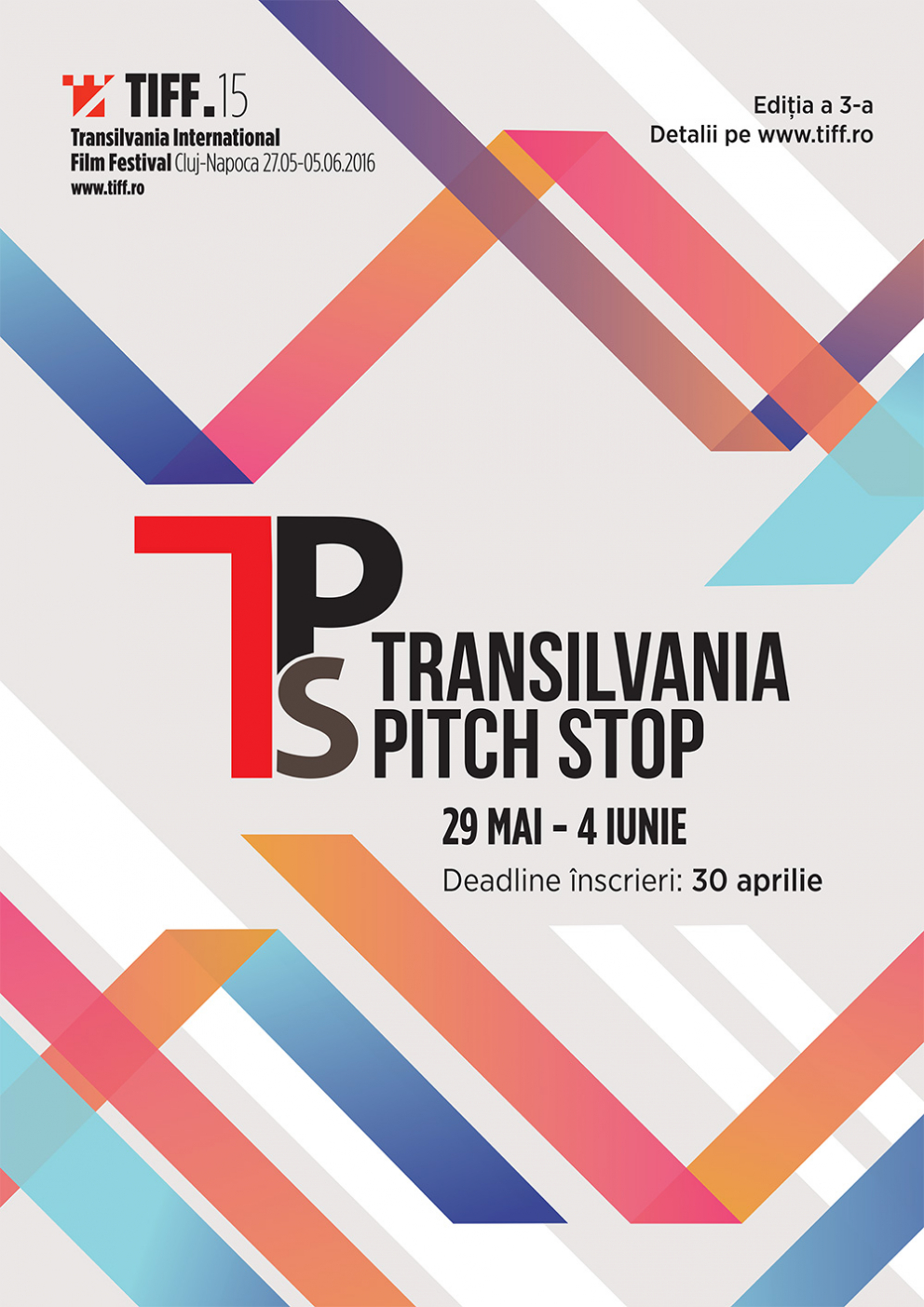 The project is dedicated to the first and second time Romanian and Moldavian filmmakers and it provides personalized guidance about screenplay development, as well as training and a platform for pitching the projects in front of prospective partners. By partnering up with the Locarno Festival, TPS supports the first steps towards funding for the most promising film projects, facilitating their visibility internationally.

Until April 30, 2016, directors are invited to submit fiction feature projects which are in an early stage of development. Special attention will be given to quality projects with a high potential to be made and a special focus on low-budgets and independent productions. The presence of a producer attached to the project is recommended.

The directors and producers of the five selected projects will be invited to TIFF where, in a marathon six-day workshop, they will form working groups with the trainers. The group activity will focus on effective ideas of "selling" the project in front of prospective institutional partners and financiers, on pitch preparation, and on the trainers' and the advisors' guidance on the scripts and dramaturgical structures of the projects. TPS focuses on groups' interaction and on getting acquainted with each project, thus encouraging collaboration and the exchange of ideas between teams, for a complete creative experience.

One of the prizes awarded following the deliberations of the three jurors is the TPS Development Award of 2,000 Euros offered by TIFF and won last year by Ivana Mladenovic's, Soldiers. The CoCo Award was received by Bogdan Muresanu's 1985, and consisted in the inclusion of the project in the Connecting Cottbus East West Co-production Market. Following the partnership signed during the first edition of TPS with the Locarno Festival, two winning projects will be invited to the Locarno Industry Days, for a personalized matchmaking session with industry professionals (producers, financing companies, sales agents, distributors).

Submission deadline for Transilvania Pitch Stop is April 30, 2016. In order to submit a project, it is required to open an account on eventival.eu: https://vp.eventival.eu/tiff/2016.

The list of documents required for the application can be found here: http://tiff.ro/en/content/regulations-0. For additional info, please visit www.tiff.ro or write to tps@tiff.ro.