06.05.2018 18:43
Nine strong debuts, two by Romanian directors, will compete for the Transilvania Trophy alongside three sophomore efforts by new auteurs. 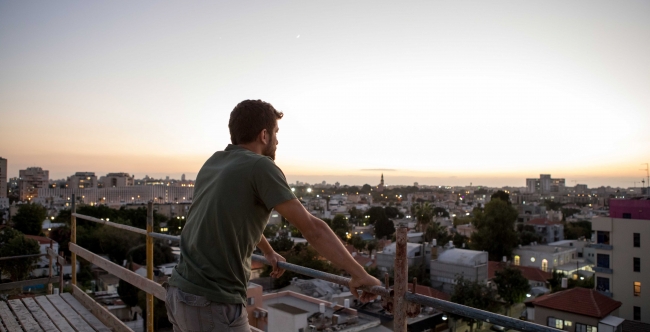 The 12 films in the Official Competition of the 17th edition of the Transilvania International Film Festival are all national premieres and are representative for the new generation of filmmakers around the world.

Inhabiting the borderlands between fiction, documentary and visual arts, Touch Me Not  is director Adina Pintilie’s feature debut and a double winner at the Berlinale—the Golden Bear and the Best First Feature Award. A bold exploration of intimacy and of the human need for authentic contact, the film “is striking for its intelligence, self-assurance and originality,” as noted by the Hollywood Reporter, and is already contentiously debated among film lovers. The second Romanian debut in the international competition, Andrei Crețulescu’s Locarno premiere Charleston is the bitter-sweet story of an unusual love triangle. Șerban Pavlu and Radu Iacoban are the stars, while Barbu Bălășoiu (Sieranevada) is the director pf photography of this pop cocktail spiced with black humor, melancholy and an eclectic soundtrack.

Bălășoiu also features on the credits of Life and Nothing More, the FIPRESCI Prize winner in San Sebastian, and the sophomore feature from Spanish director Antonio Mendez Esparza. The film follows the effort of an African-American family to simply stay together, against all the odds they are confronted with on a daily basis.  The siblings in Winter Brothers are also placed in a hostile environment: an isolated community of Danish workers. This debut feature from Icelandic director Hlynur Pálmason brought actor Elliott Crosset Hove, who was a TIFF guest last year, a well-deserved Leopard for Best Actor at Locarno.

Matan Yair’s directing debut Scaffolding is inspired from his experience teaching literature to children with behavioral issues and was launched in the ACID section of Cannes. Yair audaciously casts his lead, the charismatic Asher Lax, from among his former students. On the other hand, The Heiresses is the drama of a privileged older woman whose reversal of fortunes puts her status at risk. While her life partner serves a term in prison, Chela faces her own challenges in this debut feature directed by Paraguayan Marcelo Martinessi, which received the FIPRESCI Prize, the Alfred Bauer Award and a Silver Bear for lead actress Ana Bun at the Berlinale.

After the success of 10,000 km, recipient of a debut Goya in 2015, Spaniard Carlos Marques-Marcet returns to the TIFF official competition with Anchor And Hope, an original love story that questions traditional norms and reconstructs the idea of family with humor and ease. Another love triangle features in the first film of Kosovar director Blerta Zequiri, The Marriage, described by Cineuropa as “one of the more impressive European feature debuts of the year.”

Rewarded with an Audience Award at Sundance, The Guilty speaks to how the best intentions can turn into a form of abuse. Danish helmer Gustav Moller’s first feature impossibly keeps audiences on the edge of the seat with a minimalist thriller shot in a unique setting in real time—while one of the characters talks on the phone throughout. The same kind of unity of space and time can be found in The Home, a claustrophobic drama about a conflicted family wrestling with a deceased relative’s wish to donate their body to a medical school. Iranian Asghar Yousefinejad’s impressively choreographed cast of characters and verbal crossfire make his debut a profoundly cinematic experience.

The unexpected disappearance of a family member starts off an unfortunate series of events and violent outbursts in Scythe Hitting Stone, an explosive debut from Russian director Anna Kruglova. Both clinical and comical, Pity imagines a world inhabited by people who can only be happy in unhappy situations. Recently launched in Sundance, this worthy entry in the bizarre New Greek Wave, Babis Makridis’s black comedy tells the story of a man who depends on the compassion of others.

The first names confirmed in the Offical Jury of the 2018 TIFF Competition are Dagur Kari, the Icelander who won the Transilvania Trophy Noi Albinoi; Stephane Foenkinos, French casting director and writer of Jalouse, which is included in the TIFF program this year; Rebecca Lenkiewicz, British playwright and co-writer of Pavel Pawlikovski’s Ida and Sebastian Lelio’s Disobedience; and Vlad Ivanov, one of the most prolific Romanian actors, known for his roles in Cristian Mungiu’s 4 Months, 3 Weeks and 2 Days, Bogdan Mirică’s Dogs, and Daniel Sandu’s One Step Behind the Seraphim.