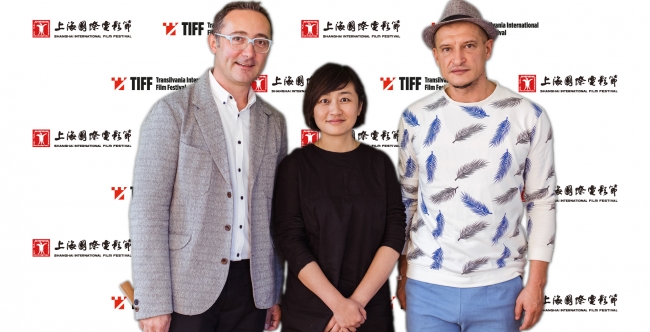 Transilvania International Film Festival (TIFF) and Shanghai International Film Festival (SIFF) announce setting up a partnership for the 18th edition of TIFF, which will take place in Cluj-Napoca between May 31 and June 9, 2019. The partnership will include, among others, presenting an ample selection of Chinese cinema, developing a collaboration platform for film industries in both countries, and having Chinese film figures among the special guests of the festival.

The partnership came out of the presence of TIFF representatives at the most recent SIFF edition this past summer. This year, TIFF became a part of the Belt & Road Film Festival Alliance, a platform dedicated to intercultural exchanges through the world’s most important festivals. A SIFF delegation led by festival director Fu Wenxia recently visited Bucharest to finalize talks for the 2019 edition partnership at the Qreator by IQOS space in Bucharest.

TIFF 2019 is already preparing a Focus China section, which will include a broad selection of recent Chinese cinema, a showcase of the most important titles awarded in international festivals, a surprise silent film screening accompanied by a live score, a retrospective dedicated to an important Chinese director, as well as industry meetings for directors and producers from both Romania and China. TIFF will announce further details on the Focus China section starting next year.

“Chinese cinema is among the most dynamic in the world, so we decided that the time has come to bring before the TIFF audience a selection of interesting new and older films, most of which have not been seen in Romania until now. The partnership with the Shanghai International Film Festival is extremely important, as it will open the gates to important films and filmmakers from China. Additionally, we noticed with our Chinese counterparts that the two festivals are very similar in terms of both programming and support provided for emerging young film professionals,” said TIFF President Tudor Giurgiu.

The program of the SIFF delegation in Romania also included a visit to the Castel Film studios and meetings with officials in institutions dealing with cinematography.