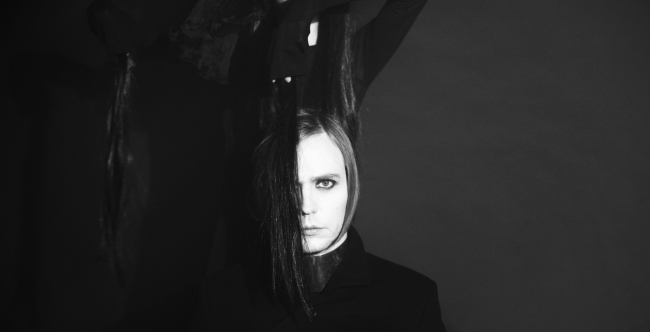 For a week, Transilvania IFF will bring new life to one of the newest cultural spaces of Cluj, Urania Palace, with good music and big names on the rock and contemporary electro scene, as part of TIFF Music Nights. At the same time, Casa TIFF will host spectacular jazz, rock and electro events as well as DJ sets, while Alexandrina will celebrate 10 years of concerts at the Students' Culture House. Tickets can be purchased in advance on www.biletmaster.ro.

Six Romanian bands and a Polish DJ who is considered one of the most interesting emerging electro artists, Baasch, will set the tone for TIFF Music Nights in a new location, Urania Palace (4 Horea street), built in 1910 as a twin of the Vienna based building of the same name. Later transformed into Cinema Favorit, the building has been recently reinforced and renovated, now hosting concerts, plays, exhibitions, screenings, workshops and parties. In the evening, from 9.00 PM, people can attend the live concerts held by some of the most popular Romanian alternative bands: The Mono Jacks (May 28th), Byron (May 29th), Suie Paparude with opening act Orkid (June 1st), Omul cu Sobolani (June 2nd), Urma (June 3rd) and Vita de vie (June 4) along with Baasch (Poland) and Baba Dochia (May 31).

Baasch, the Polish young producer, singer and composer known for his charismatic appearances and taste for dark analog sounds, took the stage as opening act for Tricky or Bloodgroup. He became fanous in cinema thanks to the soundtrack of the multi-award winning film Floating Skyscrapers, directed by Thomas Wasilewski, winner of the Best Director award at TIFF 2015. Baasch will play his set on May 31, the same night as Baba Dochia, a band that creates a complex audiovisual show, a mix of screenings, synthesizers, drum machines, Theremin and distorted guitar.

TIFF Music Nights is presented by Energobit. The price of each concert ticket is 25 lei.

Casa TIFF, one of the key locations of the festival, will host concerts from 10 PM. Saturday, May 28, it's time for Garbanotas Bosistas, a neo-psychedelic rock band from Vilnius, Lithuania. Inspired by Queen, The Beatles and Led Zeppelin, the four members of the band have already conquered the British, Baltic and Balkan public. The band comes to TIFF supported by the Lithuanian Film Center. Admission is free. On Sunday, May 29, Coma will hold an unplugged concert. One of the most popular alternative rock bands in Romania, Coma combines genres such as nu metal, rapcore, punk and ska.

Versatile and with a very special take on things, released under the name Bang Gang and described as one of the most enigmatic appearances on the Icelandic stage, Bardi Johannsson comes at Casa TIFF on Monday, May 30, with a DJ set during which he will mix images with his own scores. Bardi has composed music for silent films and major theater productions, and his compositions are often to be heard on various ads. One of his most prominent projects is the soundtrack for Haxan: Witchcraft Through the Ages, the controversial Swedish silent horror movie of 1922, a project that Cluj audience will be able to watch and hear at TIFF the evening before, at the Banffy Castle.

De Beren Gieren, a name that gains ground with jazz lovers in Europe, is an acoustic-electronic Dutch-Belgian trio famed for the unique experimental sound and the complexity of the compositions. The ability to suddenly switch from one state to another and to improvise makes their live performances must see. The concert will take place on Tuesday, May 31, at Casa TIFF. After playing live during the screening of Sergei Paradjanov's, Umbrele strămoșilor uitați (May 31, Students' Culture House) the American band A Hawk and a Hacksaw will play at Casa TIFF on June 1 at 10 PM – their set will consist of dynamic hits inspired by fiddler music and traditional Romanian songs. One of the band's albums, The Way the Wind Blows (2006), was recorded together with Fanfara Zece Prăjini.

A very special experience will be meeting a new band and its particular style, Romanian Rough Soul - a "rough music sung with gusto", an original reinterpretation of Romanian traditional music. Zmei3, the Romanian band that conquered the Berlin jazz scene, will perform on June 2 at Casa TIFF. Their first album was recorded in Transylvania, was mixed in France and mastered in California after a successful crowdfunding campaign on Kickstarter. The album was produced by the renowned producer Jan Brennan, winner of a Grammy award for a project he did with the legendary Tuareg rock band Tinariwen of Algeria.

The Casa TIFF series of concerts is presented by BCR. Ticket price is 15 lei per concert.

In addition to all the aforementioned music events, TIFF 2016 will also host an anniversary concert: on June 1, at 8 PM, at the Students' Cultural House, Alexandrina will celebrate ten years of activity. The Moldova born artist will sing the hits that propelled her among Romania's most beloved voices. Her memorable live appearances combine traditional and electronic instruments played by five musicians. Ticket price is 30 lei and can be bought on www.biletmaster.ro.