Home > TIFF > News > Transilvania IFF 2016: Revelations, masters and awarded stories from all over the world

Transilvania IFF 2016: Revelations, masters and awarded stories from all over the world

14.03.2016 10:34
Transilvania International Film Festival gets ready so celebrate its 15th edition, a special anniversary in the life of the largest film festival in Romania. 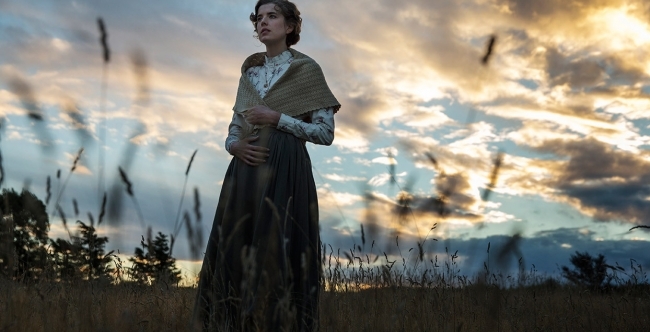 Transilvania IFF 2016 will take place between May 27 and June 5 in Cluj-Napoca and, for these ten days it will transform, once again, the entire city. The first confirmed titles, Oscar-nominated or Berlin, Cannes, Venice, Toronto, Locarno and San Sebastian awarded films are made by masters such as Alexander Sokurov and Terence Davies and tell fascinating stories from all over the world.

Two of this year's premieres are the Oscar nominated (in the Best Foreign Film category) films A War (by Tobias Lindholm), about an officer accused of war crimes in Afghanistan, and Embrace of the Serpent (by Ciro Guerra), the first Columbian film ever nominated for an Oscar. Shot in the Amazon, the film is based on the journals written by various scientists about the shaman Karamakate, the last survivor of his tribe. Awarded in Cannes, in the Quinzaine des Réalisateurs section, the film is widely regarded as one of the past year's revelations.

One of Transilvania IFF 2016's attractions is the double awarded Venice title Francofonia, made by Alexander Sokurov, a gorgeous portrait and analysis of the role played by the Louvre in history and of France, in general, as an art-loving country. Another Venice title is 11 Minutes, by famed director Jerzy Skolimowski, Poland's official Oscar submission. The director follows the fragmented post 9/11 society in various stories of 11 minutes each. Another highly anticipated film is the famed Terence Davies' comeback, Sunset Song, based on the homonymous novel, a visually stylish drama about a young woman in 1932 Scotland.

A breath a fresh air comes in the form of another Venice premiere - Heart of a Dog, by Laurie Anderson, a highly emotional hybrid essay about of the deceased dog of the artist famed for her art and music experiments and one of the pioneers of electronic music. Real scenes and scenes which imagine the dog's journey after death make up for a unique reflection on life. A critics' darling, Heart of a Dog was shortlisted for an Oscar in the documentary section. The very specific brand of dark humor of Alex van Warmerdam (Borgman) returns in the shape of Schneider vs. Bax, which premiered in Locarno and which tells the story of an assassin hired to kill a retired writer.

The Unirii Square will host one of the most spectacular films of this edition – the flamboyant Baahubali: The Beginning, the most expensive Indian film in history, budgeted at 40 million dollars and the highest grossing film at the domestic box office. "Half naked men fight with bulls, lovers share kisses while walking among orchids, hundreds and extras build a tower and a fight scene is 45 minutes long – the two part epic of S.S. Rajamouli makes a triumphant entry on the blockbuster list and revives it”, says „The Guardian”. The film was presented in some of the world's most famous festivals, such as Busan, Sitges or Tallinn.

Another type of show, of a promiscuous and violent city, offers The King of Havana, by Agusti Villaronga, celebrated in the 3x3 section of Transilvania IFF 2015. The tough but realistic portrayal of Cuba's main city in the 90s was nominated for three Goya awards and received the Best Actress award (for Yordanka Ariosa) in San Sebastian. Another shocking film about an urban jungle is Te prometo anarquía (Locarno, San Sebastian), Julio Hernández Cordón's story about two young men who fall in love and get involved in blood trafficking.

Mexico is also featured in the bizarre drama screened in Venice and Toronto Bleak Street / La calle de la amargura, by Arturo Ripstein. The story is based on a famous case from 2009 – the murder of two dwarf brothers working as lucha libre mascots. Another South American title is the winner of the 2015 Semaine de la Critique Award, Paulina, by Santiago Mitre, which explores the complex and troubling drama of a woman who was raped. The Apostate (by Federico Veiroj, a TIFF 2011 Special Award recipient with A Useful Life), the critics' favourite in San Sebastian, is an existential comedy about a Spanish man who wants to renounce his religion and, consequently, gets tangled in the bureaucracy of the Catholic Church.

Transilvania International Film Festival (May 27 – June 5 2016) is organized by Romanian Film Promotion and the association for Film and Urban Culture with the support of the Romanian Film Centre, the Ministry of Culture and the Town Hall of Cluj-Napoca.