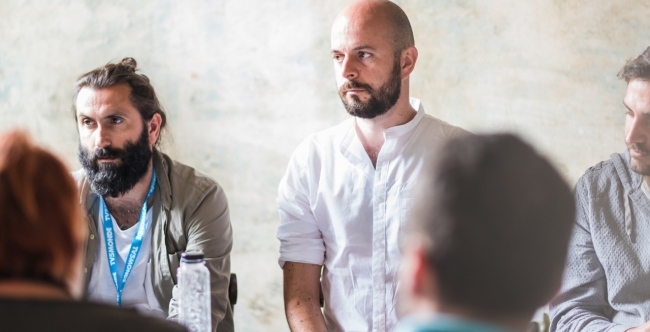 11 feature film projects were selected for Transilvania Pitch Stop (TPS) and will be presented to international film professionals at the industry event organized by Transilvania IFF on June 9th & 10th, in Cluj, Romania.

The projects come from 1st and 2nd time directors from Romania, Bulgaria, Serbia, Russia, Greece, Turkey and Georgia and are currently in development and financing. More than 60 feature film projects were submitted for the co-production platform, extended internationally as of this year.

Transilvania Pitch Stop aims to facilitate their international visibility and establish the right connections to ensure financing for their projects. Directors and producers of the 11 projects will be invited to the event, having the chance to meet many of the industry professionals that will attend the 16th edition of the festival.

A jury of international professionals along with a representative from Eurimages will award three important prizes:

The selected projects are:

6. The Man Who Surprised Everyone

7. The Heroes Were Dancing

8. The Return of Elijah

Additionally, 6 projects coming from first and second time filmmakers from Romania and Moldova will participate in a development workshop, between June 5th– 8th. The workshop will provide guidance on script development, as well as training and a platform for pitching the projects in front of prospective partners. Up to two of them will be selected to compete, along with the international ones, for the TPS awards.