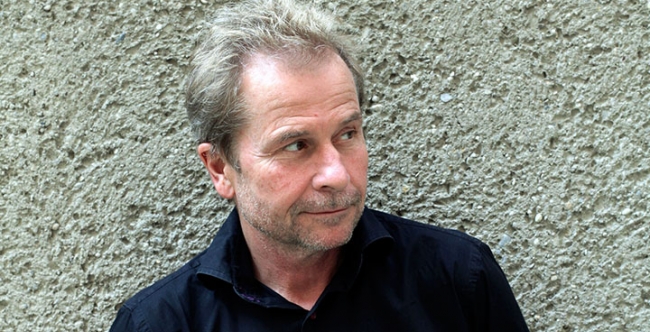 “If I manage to make people laugh with my films and their laughter gets stuck in their throat in the next moment, if I succeed in doing that, then that makes me happy,” says Seidl. Described as a cynic provocateur and a pessimist, Seidl is one of the most awarded European filmmakers. His films, shown at TIFF over the years, ride the fine border between fiction and documentary, mixing stars with amateurs in the casting choices. His medium-length Der Ball / The Prom (1982) got him kicked out of the Vienna University of Music and Performing Arts, but was also his first success. In 2001 he received the grand special jury prize in Venice for for Dog Days, and in 2003, Jesus, You Know was deemed best documentary in Karlovy Vary. And Import/Export (2007) brought him international recognition.

The Paradise trilogy was launched in Cannes (Paradise: Love, in 2012), Venice (Paradise: Faith, in 2012), and Berlin (Paradise: Hope, in 2013), and was showered with a series of awards. In the Basement was also selected in Cannes. The most recent and controversial Safari, presented at TIFF for the first time in the No Limit section, looks into the absurd African hunting parties of German and Austrian tourists who stalk and shoot their prey, then cry with enthusiasm and take pictures with carcasses, revealing a very real and very dark side of human nature. Seidl will talk about the film at TIFF.

Safari is distributed in Romania by Transilvania Film.

Tickets can be purchased through biletmaster.ro and the TIFF 2017 application, available in the App and Google Stores.