Weekend at the Castle back for TIFF 2018

19.04.2018 17:42
Weekend at the Castle: The Pleasure Garden, Hitchcock’s First Film, and Tokyo Vampire Hotel, a Fantastic Film Shot in Cluj, to Premiere at Bonțida. 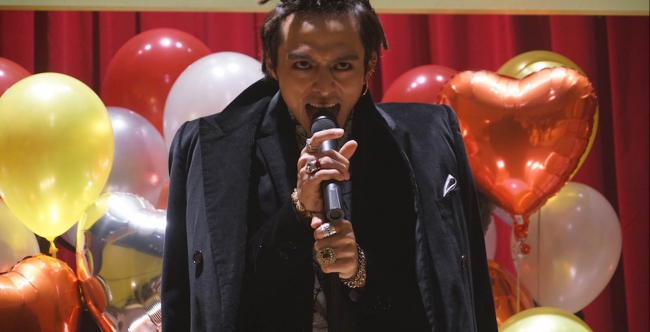 Weekend at the Castle returns on May 26-27 during the 17th edition of the Transilvania International Film Festival. A rich program of interactive games, creative workshop, and shows for children will be featured during the day, while at night the grounds Bánffy Castle in Bonțida will host highly anticipated screenings and ciné-concerts. On May 26 an aerial acrobatics show will open the screening of Alfred Hitchcock’s first credited film, The Pleasure Garden (1925), accompanied by Notes & Ties chamber ensemble. The weekend will conclude with the premiere of Tokyo Vampire Hotel, by Japanese director Sion Sono, which is inspired by local myths and shot on location in Transylvania.

Alfred Hitchcock’s first film is also one of the most courageous British productions of its time.  A version recently discovered and restored by British Film Institute of The Pleasure Garden (1925) will be screened for the first time in Romania on May 26. The silent thriller tells of a love story with a surprising ending, centers on a young woman who sings in a celebrated London choir, and features strong elements of Hitchcock’s characteristic style. This little-known debut film will be screened against the mysterious background of the Bánffy castle with live accompaniment by Notes & Ties, who return to TIFF  after opening the 2012 festival with an enchanting concert of film score music from Star Wars and Indiana Jones. The chamber ensemble, made up of 13 young musicians, will be directed by conductor Christopher Austin, professor at the Royal Academy of Music and consultant to the British Film Institute for the restorations of Hitchcock’s 1920s titles. The mesmerizing score interpreted by this Cluj-based ensemble was composed by Daniel Patrick Cohen, a British composer living in Cluj, on commission from the British Film Institute in 2012, following the digital restoration of Hitchcock’s black and white debut film—and is Cohen’s own debut in film scoring.

Invited at TIFF in 2016 for a retrospective, Japanese director Sion Sono fell in love with the legends and architecture of Transylvania and was inspired to write a vampire fantasy—which he eventually came back to shoot in the area. An apocalyptic confrontation between two rival, blood-thirsty clans, was shot in the basements of the Art Museum, the former Continental Hotel, the Unirii Square, and the Museum Square, as well as in the spectacular old salt mine galleries in Turda and the Corvinus Castle.

Tokyo Vampire Hotel is a series co-produced by Amazon, featuring Japanese stars Kaho, Ami Tomite, and Lorena Koto, alongside Romanian actors and a crew of professionals from Bucharest and Cluj. Cristian Rigman, the young actor Sion Sono noticed in TIFF’s 10 for Film program, is joined in the cast by Elisa Pârvan and Sandra Ducuță, together with graduates or students of the Theater and Television School of Babeș-Bolyai University, on the Bonțida outdoor screen on May 27. “The film would have lost its strength had I not filmed in Romania,” said Sion Sono. The director’s career spans three decades and tens of courageous and controversial titles easily moving between various genres. This enfant terrible of Japanese independent cinema has conquered hundreds of festivals and awards in Berlin, Karlovy Vary, Sundance, etc.

Weekend at the Castle  is an event of the Transilvania International Film Festival, organized with support from Banca Transilvania, Staropramen, MOL Romania, McDonalds, and Electroglobal.