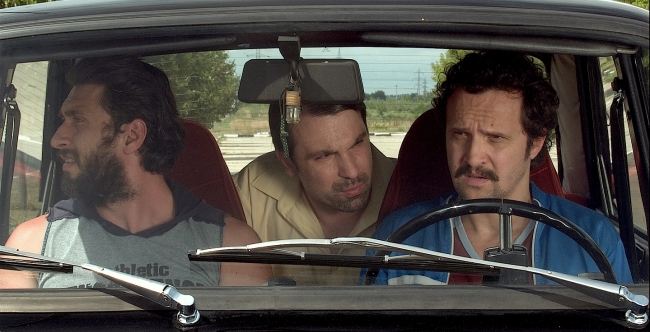 Tuesday, May 31, starting 9.45 p.m. the Romanian comedy Two Lottery Tickets by Paul Negoescu will premiere with an open air screening in a spectacular location at Vlaha, in the Arkhai Sculpture Park. The director and cast will be present for a Q&A after the screening.

Two Lottery Tickets, directed by Paul Negoescu (A Month in Thailand), is an independent comedy, produced by fellow actors Dorian Boguță, Dragoș Bucur and Alexandru Papadopol, with a screenplay based on I.L. Caragiale’s novel “Two Lots”.

Dinel, Sile and Pompiliu, three men from a provincial town, win the big lottery prize, but very soon the lottery ticket gets lost, so the three characters start a journey to recover it.