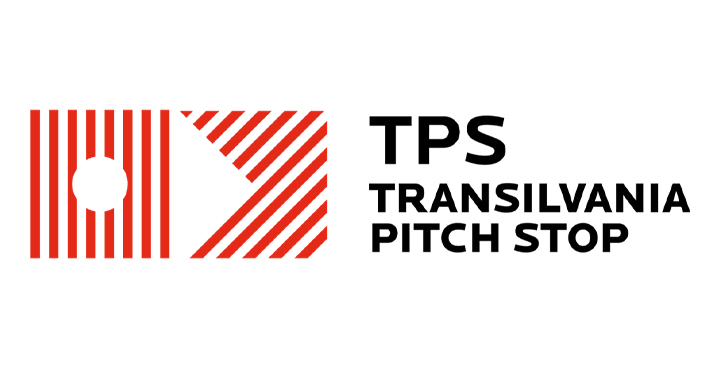 Ten projects in development will be presented to industry professionals (producers, distributors, sales agents, representatives of film funds & more) at the Transilvania Pitch Stop (TPS) this year. The 9th edition of the program includes the presentation of projects in front of potential partners and financiers on the 23th of June, during Transilvania International Film Festival (June 17 – 26, Cluj-Napoca, Romania).

TPS aims to discover a strong selection of projects from Romania and the countries around Romania destined for European co-production such as: Bulgaria, Greece, Georgia, Hungary, Moldova, Serbia, Turkey and Ukraine. The program aims to foster cross-border cooperation especially between the Black Sea countries and the neighbouring countries eligible for the program. Over 80 projects were selected during the last editions of TPS, a lot of which were screened and awarded at major festivals around the world. The most recent TPS project that got international recognition is Ukrainian director Maksym Nakonechnyi’s debut feature Butterfly Vision, that was selected in the Un Certain Regard section at Cannes 2022. Butterfly Vision won The Romanian National Film Center Award at TPS in 2019.

This year, five projects will benefit from a tailored script consulting provided by script editor & film consultant Christian Routh, while all projects will be coached by the renowned pitching consultant and film producer Agathe Berman prior to their presentation.

The 10 feature projects selected are:

The 10 projects are competing for the awards provided by industry partners:

The TPS Development award, offered by Avanpost - in the amount of 5.000Eur;

The CNC Moldova award in the amount of 1.500Eur;

The VILLA KULT Development award in the amount of 500Eur;

Oscar Alonso (Latido Films), Patra Spanou (Patra Spanou Film) and Yohann Cornu (Damned Films) are the members of the international jury who will hand out the awards.

Other internationally recognized projects that were part of TPS in the last years include Apples, directed by Christos Nikou (Horizons - Venice 2020, Greece's Oscar nomination), The Man Who Surprised Everyone, by Natasha Merkulova & Aleksey Chupov (awarded at Venice, in the Orrizonti section), Monsters., directed by Marius Olteanu (Taggespiegel Audience Award, Forum section of the Berlin Festival, 2019), or Soldiers: The Story of Ferentari, by Ivana Mladenovic (Special Mention, Locarno IFF 2017).