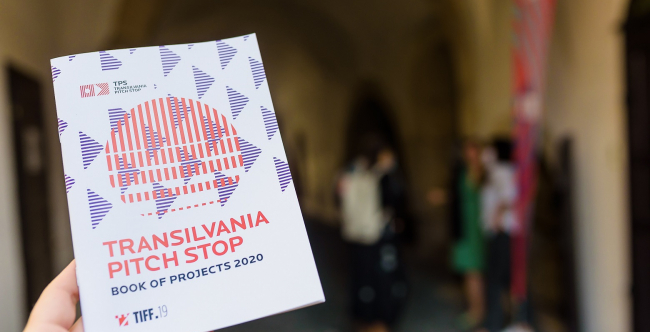 The Transilvania International Film Festival (Cluj, Romania) reinforces and expands its industry platform for the 20th edition, in order to address current issues of the film sector and strengthen the Romanian pool of talents and its ties to neighbouring countries.

Transilvania IFF was the first major film festival to take place physically in Europe during the pandemic in the summer of 2020. The festival will celebrate its 20th anniversary with a new summer edition, from July 23 to August 1, 2021.

The already established programmes Transilvania Pitch Stop (TPS) and Transilvania Talent Lab (TTL) will address the future of the business in the post-pandemic context. Both will be restructured and expanded to fit the current needs of filmmakers, producers, distributors and exhibitors. The Romanian Days, under which the Industry platform is organised, will now run parallel to the festival days.

“Throughout these 20 years, we worked continuously to promote Romanian talent to the international film professionals and grow our ties with neighbouring film industries. Now the whole film industry is at a point of major change and we need to address that, we need to invest in the business culture of our professionals for a sustainable industry. From filmmakers to distributors and exhibitors, we all need to get together and find ways to adapt to the fast changing environment. Our industry platform will reflect that”, says Tudor Giurgiu, the festival president.

Transilvania Pitch Stop (TPS) will continue to discover strong projects in development coming from first and second time directors from Romania, Hungary, Bulgaria, Serbia, Ukraine, Russia, Moldova, Greece, Turkey and Georgia, through a restructured TPS platform. The tutors will focus on revealing artistic and business insights in a merged formula for the projects to reach their audience potential. The public pitch will take place during the festival in a hybrid formula, both online and offline, for potential partners and financiers.

Since its launch in 2014, over 70 projects have been developed within the frame of the TPS, among them Apples by Christos Nikou (Orizzonti Opening Film in Venice, Greek Entry for the Oscars), The Man Who Surprised Everyone, by Natasha Merkulova & Aleksey Chupov (awarded in the Orrizonti section), Monsters by Marius Olteanu (Berlinale Forum), and the upcoming La Civil, by Teodora Ana Mihai.

A new program called TPS Stream will step into the TV & online drama world as a pilot boutique platform for series. The initiative aims to encourage the writers’ room co-creation method of valuable series using the talent and the resources of the Central and Eastern European film industry.

Transilvania Talent Lab (TTL), dedicated to Romanian exhibitors and distributors, will extend its curatorial and business scope, offering mentoring to participants facing the local realities within the global changes in the film world, in partnership with Europa Cinemas.

The newest addition to the platform is First Cut Lab Cluj, a specialised workshop for feature-length fiction films in the editing phase, which will focus on films from Romania and Moldova. “Directors, producers and editors will be receiving feedback and advice on their cuts from international film industry experts, with the ambition of ultimately enhancing the audience opportunities of their films”, says Matthieu Darras, Head of First Cut Lab. Applications are set to open in early May.

Transilvania IFF is also seeking business talent for an AV business incubator, bringing together regional innovative AV projects and their creators with successful entrepreneurs from other industries, creating the premises for tomorrow’s disrupting media businesses.

A consistent focus on streaming platforms will address issues such as Independent films & independent VoD platforms. How can they thrive?. Transilvania IFF launched its own sVoD service in 2019 and is currently developing both its audience and its offer. TIFF Unlimited (unlimited.tiff.ro) gives access to acclaimed auteur driven productions, art-house gems, and genre films.

The Industry platform will be overseen by adviser Alex Trăilă, a Romanian AV expert known for his diverse scope of interest covering from film industry programmes and platform design to public policy with a highlight on South East Europe based on his long activity in the region.

The festival is organized by Romanian Film Promotion and the Transilvania Film Festival Association, it is supported by the Creative Europe - MEDIA Programme and accredited by the FIAPF.