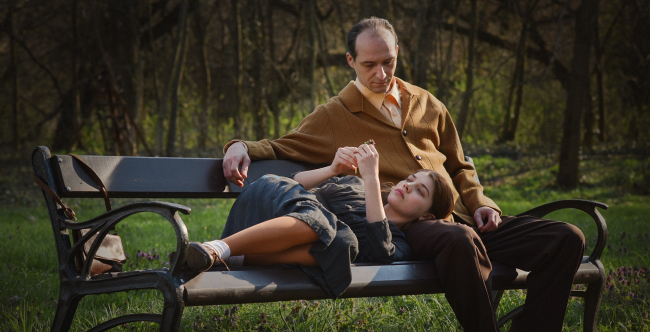 As a result of reprogramming the Transilvania International Film Festival to run in 13 outdoors venues in and around Cluj, the Hungarian Day turns into three different Hungarian Days. Eight of the most successful films recently produced in Hungary will run between August 4-6.

Thus, multiple award-winning director Attila Szász returns to TIFF with Tall Tales / Apró mesék, an emotional rollercoaster about a danger-laden runaway love story at the end of World War II. Ábel Visky, winner of TIFF’s Local Competition in 2013, returns with Tales from the Prison Cell / Mesék a zárkából, a creative documentary about the relationship between children and fathers locked up behind bars. A different kind of parental relationship and the healing power of love is explored in Barnabás Tóth’s Those Who Remained /Akik maradtak, which was shortlisted at the Oscars for best foreign film.

In Attila Hartung’s FOMO / FOMO: Megosztod, és Uralkodsz rebellious teenagers become the focus of a far-ranging investigation following the disappearance of a young woman at a party. Then Márk Bodzsár returns to TIFF with Comrade Drakulics / Drakulics elvtárs, a delicious vampire comedy in which authorities set off to unravel the mystery of a character who does not age. An impressive documentary debut from Réka Szabó, The Euphoria of Being / A létezés eufóriája follows the life of a woman who lost her entire family during the war through her stage debut performance  at 90 years of age.

A troubling world is that the center of the Romanian co-production Eden from Ágnes Kocsis, one of TIFF’s jury members in 2018. Allergic to all known chemical substances, Eva believes that any contact with the real world could be fatal to her. Béla Bagota’s debut thriller Valan: Valley of the Angels / Valan - Az Angyalok Völgye is also a Romanian co-production which follows a young policeman trying to find his sister who disappeared 30 years before.

TIFF’s Hungarian Days are presented by the National Film Institute of Hungary, the Balassi Hungarian Institute in Bucharest and Filmtett.