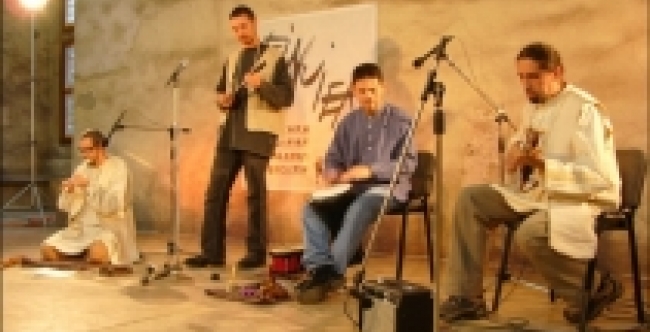 Monday, June 4th, at 21.30, The Shadow of Dr. Caligari descends upon TIFF Art. Three American avant-garde short films, inspired by the 1920 classic, will be screened along with live musical accompaniment provided by Einuiea.

The Life and Death of 9413: A Hollywood Extra (1927) directed by Robert Florey and Slavko Vorkapich is a 97$ art-house short film, that was screened based on the recommendation of Charles Chaplin. A friend of Florey, Chaplin was impressed by the pioneering and atypical shooting angles.

In the same year, 1927, Robert Florey and art director William Menzies got together for The Love of Zero. The idea behind this short was to highlight the influence of experiments in European movies (especially from Robert Wiene's The Cabinet Of Dr. Caligari) experiments that American studios usually ignored.

The third short film in the program is The Telltale Heart, by Leon Chamroy and Charles Klein. For this adaptation of Edgar Allan Poe's story, the film makers used the German Expressionism to deliver a subjective perspective of a murderer's mental breakdown.